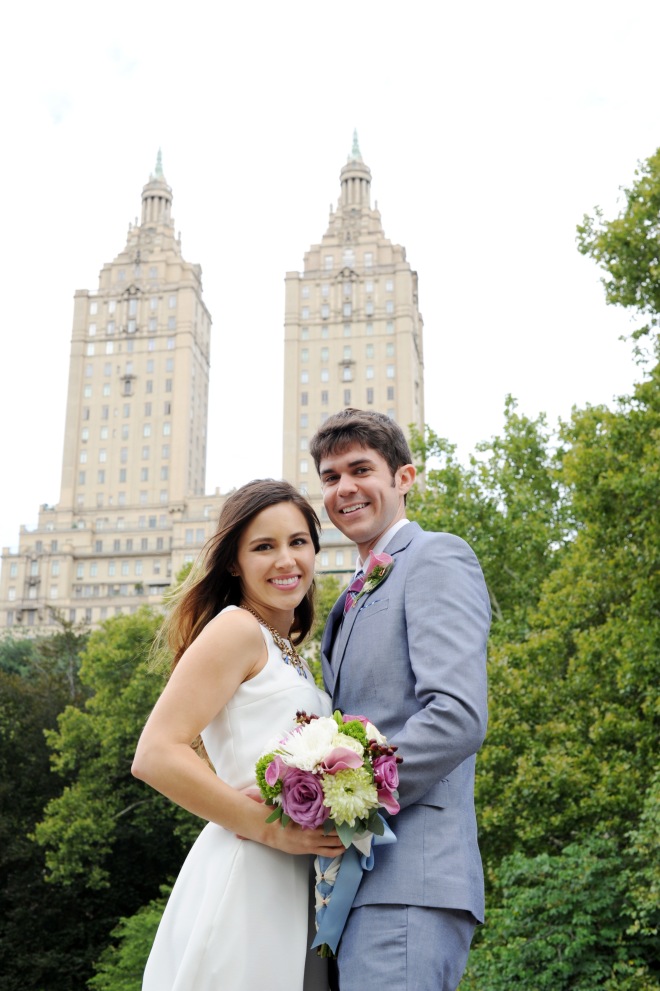 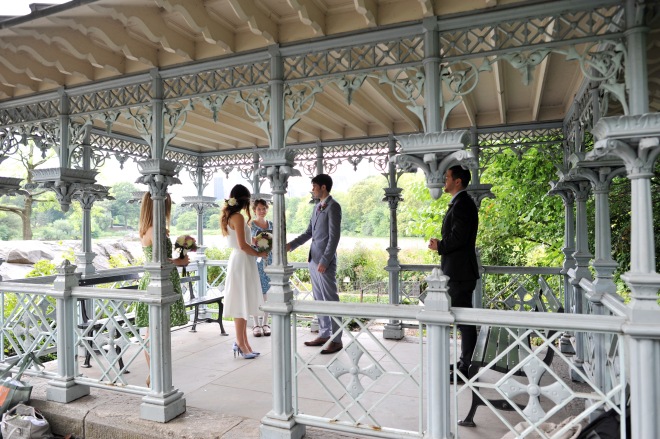 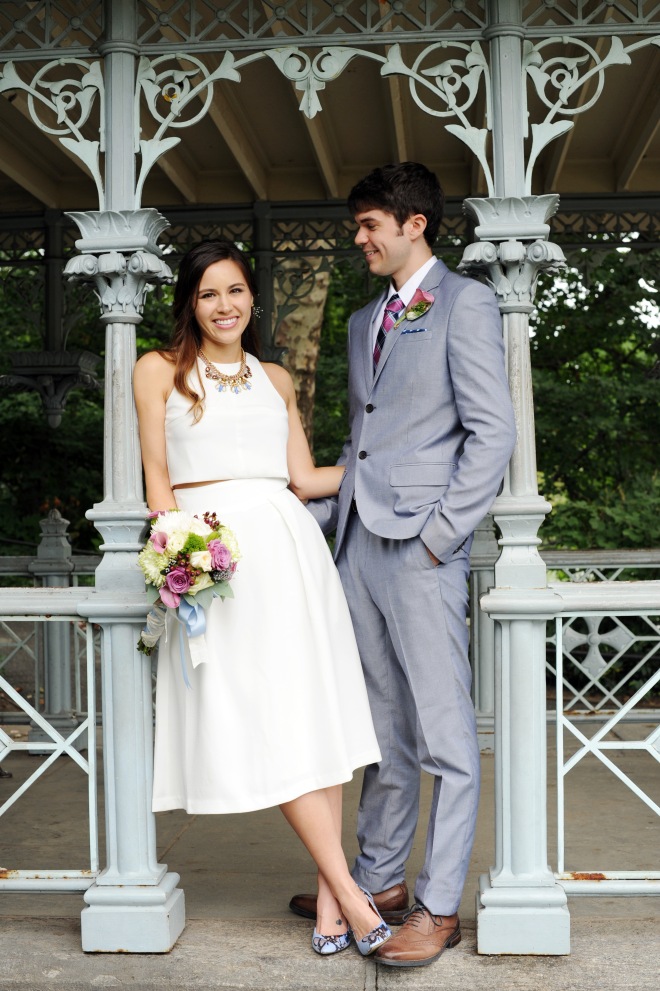 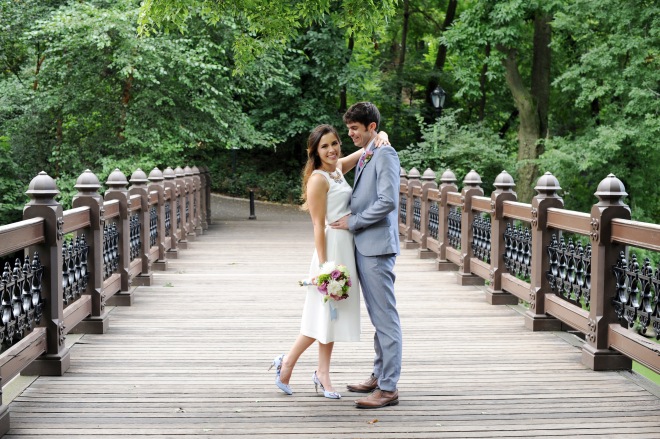 The ceremony above took place in the Ladies Pavilion (Central Park West and 77th Street).

Public Parks and Spaces: If you invite twenty or more individuals, you must obtain the $25 permit from the New York Parks’ Department. Also, if you elope on a weekend or in a very popular location, I strongly advise securing the permit anyway. Central Park is extremely popular for weddings. The permit does not mean that security guards will appear and protect your turf. But it will signify your right to use the space and request that others vacate. Finally, make sure you know where you are going on your wedding day: Central Park consists of over eight hundred acres.

Stealth Ceremonies: If you plan an informal, relaxed elopement lacking in very formal attire and with fewer than four guests, eloping in a museum or landmark is a wonderful option. For the price of the entrance fee, you will have a grand setting! Be sure to choose a photographer that can keep equipment to a minimum.

If you want to marry in a private space, especially indoors, you will likely have to pay for it. Many of my couples really do not want to pay $300-$1000 for the use of a space. I understand! But New York is not a cheap city. Except in the early morning, privacy is not readily available. Tourists are not shy in public parks about asking brides for a photo. Some people will walk right through a ceremony. Some will stop and stare and take videos. I encounter a very frequent comment: “oh my gawd; I did not realize the park would be so busy….” The High Line has serious congestion after half past ten o’clock in the morning in nice weather. And Grand Central Terminal during rush hour or the holidays is even worse. Thus, if you are even a little shy, do not underestimate the value of an early morning wedding or paying the money for a private space.

Temperatures between December 1st and March 10th are usually COLD with below freezing temperatures. Walking in the park is not the same as marrying (or standing) in the park when icy winds blow through you and then your witnesses have to sign the license with fingers that froze even though they are wearing gloves. Once, an older witness could not help but sniffle… on the license while signing. I felt for him. Forty-five degrees -Fahrenheit- is usually the threshold for true comfort. That extra $300+ is worthwhile for heat or air conditioning. For reasons of emotions and logistics, it easier to move a ceremony outside than inside.

If interested in my service as your wedding celebrant, please e-mail the place, date, and time of your ceremony to me (Judie) through JudieGuild@outlook.com.