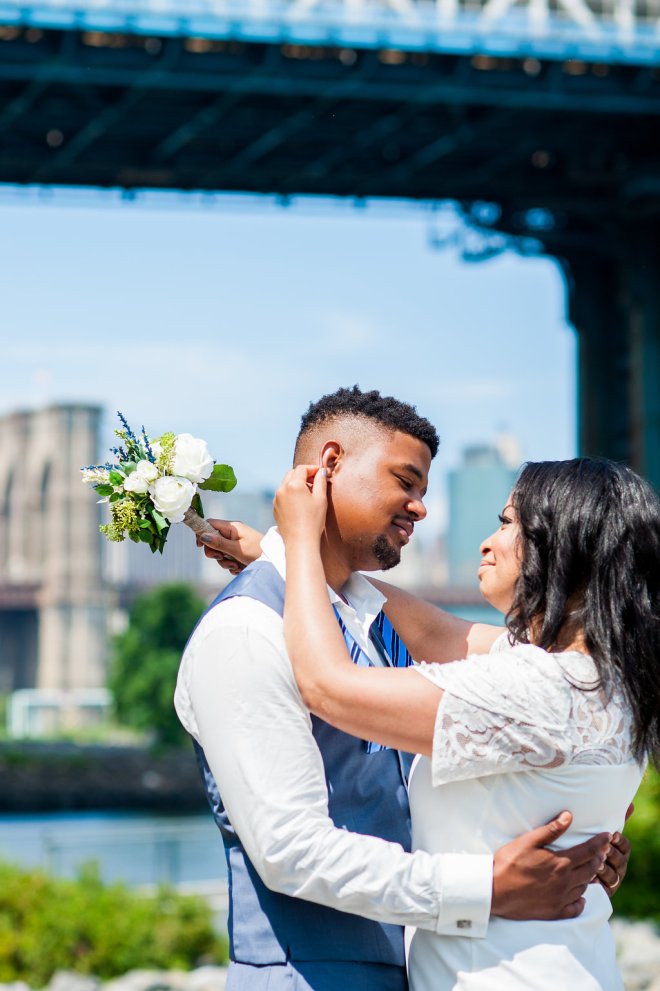 I drafted this excerpt for this pair’s wedding ceremony:

Naomi and Jonathan, for about fourteen years now, amazing friendship and love have enriched your lives. Both attended Brooklyn Technical High School. While you shared mutual friends, you did not cross paths until your senior years. In February 2003, you began dating and attended the senior prom together. Then Naomi left for college in another state. And Jonathan remained in New York for college. Thus, you choose to end your relationship. Nonetheless, you kept in touch for the next four years. Often, you visited during Naomi’s trips home. During Naomi’s final months, communication grew. And Jonathan frequently traveled hours to see Naomi only to return twenty-four hours later. In fact, upon her graduation, Jonathan helped Naomi pack and drove a rented U-Haul home. Soon afterwards, in October 2007, you officially became a couple once again. Through all experiences together and apart, each evolved and matured.